Is "compare and contrast" the same as distinction making?

Between vs About in Distinction Making

We received this excellent question:

Question! - I have a fellow-systems-thinking colleague who often asks to make distinctions BETWEEN two things. I say, you make distinctions ABOUT things, not between then. The colloquial "making distinctions between things" amounts to comparing and contrasting, which I believe, is a matter of articulating relationships. Am I being too nit-picky?

I think this is actually incredibly important. Compare and contrast is a Relationship activity and it can be used to further Distinguish something. However, you are right that the Distinction is on an identity (i), the key function being that we don’t mistake the Distinction for the identity. In most cases we simply think the D=i, which often leads to many biases and mistakes in our thinking. Having said this, picking an issue with the word “between” could lead to confusion. I often say that “Distinctions are not fields they are fences.” They demarcate the boundary BETWEEN one thing (the identity) and an other (o). So in this sense the Distinction does lie in between identity and other. But that’s not quite the same as comparing and contrasting two identities. 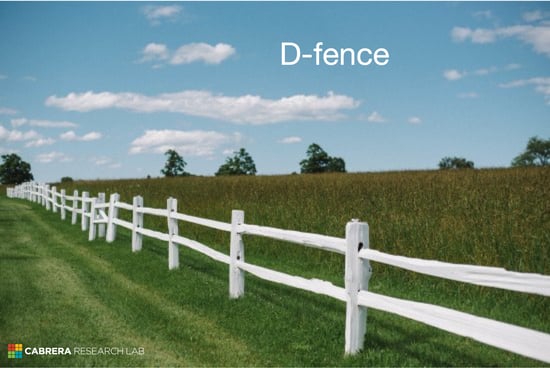