1 [physical jigs] A device that holds a piece of work and guides the tools operating it in order to provide repeatability, accuracy, and interchangeability in the manufacturing of products. A jig is often confused with a fixture; a fixture holds the work in a fixed location. A device that does both functions (holding the work and guiding a tool) is called a jig. Jigs or templates have been known long before the industrial age. There are many types of jigs, and each one is custom-tailored to do a specific job. Jigs are a form of template in that they can be a shaped piece of metal, wood, card, plastic, or other material used as a pattern for processes such as painting, cutting out, shaping, or drilling. Jigs therefore serve as a model for others to copy. 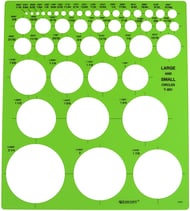 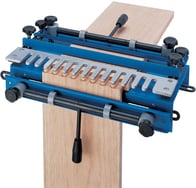 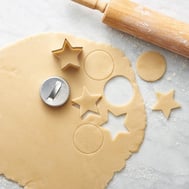 ORIGIN: The term jig is mid-16th century and of unknown origin; the term cognitive jig was coined by Derek Cabrera to communicate the practical and tactile use of cognitive jigs as a way to identify, use, and reuse cognitive patterns (mental models) that are common or repeatedly used. Cabrera gives various discovered jigs common, basic, and memorable names such as “Barbells,” “P-circles,” “R-channels,” and “Part-parties.” Analogies, similes, and metaphors are cognitive jigs. To date, 40 cognitive jigs have been formally identified, but Cabrera estimates there are hundreds (if not thousands) more. Cabrera identifies the degree of content-agnosticism of a jig as an indicator of its universality. The more a jig is content agnostic, the more universal it is, and perhaps the more difficult it is to discover.

Jigs are re-useable structures of knowledge and thinking that increase cognitive efficiency. Think of a jig as a common conceptual template that can be used over and over again in your thinking.

How are jigs made?

Jigs are common structures that can be seen as patterns of thought. Jigs are called "molecular structures" because they are complexes that are made up of lesser "atomic" DSRP structures + [sometimes] content information.

You already use jigs...