What is the first documented use of the term, "systems thinking"?

Although new historical discoveries can be made, as of this writing, the answer is...

First Use of Systems Thinking versus First Thinking About Systems

“The development of knowledge-about-systems began nearly 2,600 years ago with Lao Tsu, who in the Tao Te Ching wrote what is perhaps the first formal description (albeit in verse) of a system when he described the forces of yin and yang. Today, in scientific terms, these naturalistic forces would be described as coupled oscillators. " (p15 [1])

In this article, we are looking for the first use of the term "Systems Thinking," not for the first people who discussed systems concepts or ideas.

The First use of the term "Systems Thinking"

The first verified use of the term "system thinking" (note singular system)  in text appears in 1938 in a book entitled, "Interpretations and Misinterpretations of Modern Physics" by Philipp Frank.

"All expressions like « holism », « wholeness consideration », « system thinking », « gestalt conception », and the like, are altogether ambiguous. They waver between genuine anthropomorphism on the one hand, which is logically comprehensible but primitive, and as the experience of centuries of scientific development teaches, comparatively unfruitful; and broad and provisional, but nevertheless physical, hypotheses on the other, which may be of scientific value. In the case of the latter it is not, however, conceded that they are quite ordinary physics, because of the desire to satisfy somehow the longing for the return of pre-scientific spiritualism."

This quote can be seen in its original text below:

Although the singular form "system thinking" is used, it is clear from the terminology surrounding the text that the concept is the same or similar to the modern-day plural usage "systems thinking."

"Philipp Frank was a physicist, mathematician and also a philosopher during the first half of the 20th century. He was a logical-positivist, and a member of the Vienna Circle. He was influenced by Mach and was one of the Machists criticised by Lenin in Materialism and Empirio-criticism." 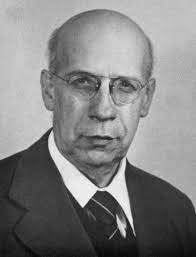 Phillip Frank and the cover of

Of course, Frank's palpable negativity toward "expressions like...« system thinking »" (and his identification with logical-positivism) implies that the term was in some degree of common use—at least enough that a physicist of Frank's stature would be pushing back against it. Thus, one can assume that the term was being used in not-so-obscure circles at the time of Frank's publication. Prior publications mentioning the term "systems thinking" by name, however, have not yet been discovered.

A simple Google search of "who coined term systems thinking" highlights a page that claims that the term was coined by Jay Forrester's group at MIT in 1956 fueling the common misperception that System Dynamics is synonymous with Systems Thinking. But there is verifiable textual evidence to the contrary (presented herein).

Google Books might lull you into believing that the first use of the term "systems thinking " in text occurs in 1909, in Flight International, Volume 76 which reads:

“It is difficult to know where to begin in discussing the latest Dassault developments, especially because the different Dassault types are closely linked in structural and systems thinking.”

However, the text itself is curious. Above this passage it reads:

Yet, on May 25th, 1909, Paul Tissandier held the flight speed record of 34.4 mph. So, it seems clear that this document is in error, perhaps a function of Google automated cataloguing algorithms. there are a number of such errors in the Google Books repository and even more of the nature where system and thinking appear next to or near each other but separated by a comma. These are false positives.

The term "systems thinking " appears in a Statement of Loren F. Jones of Radio Corporation of America, Camden, NJ. He is speaking in the Hearings before the Committee on Interstate and Foreign Commerce at the House of Representatives, Eightieth Congress, in the First Session on Safety in Air Navigation on January 1947. The first and only use of the term "systems thinking" occurs on page 1253 of the transcript which can be seen in its entirety here. [5]

The formation of a separate group within Civil Aeronautics Administration is justified by the uniqueness and importance of the task. The Army and Navy have already established separate organizations, assigning to them the responsibilities of research and development, including such tasks as long-range planning, systems thinking, and coordination. [emphasis added] 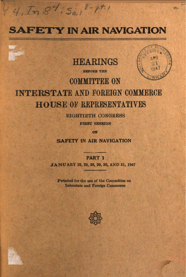 Dr. Kelman used the term "system thinking" (note singular system) in 1952 in an article entitled, Rational and Irrational Authority A Holistic Viewpoint in the American Journal of Psychoanalysis on January 1, 1952) [4]. According the the article,

The use of the term "system thinking" (singular) is excerpted below. Kelman goes on to use the term 3 more times in the same article. See article here.

As essential background to this discussion of authority, I will discuss in sequence the terms rational and irrational, what I mean by “holism,” “system thinking” and the importance of the concept “position” in system thinking. [emphasis added]

The term “systems thinking” (note plural systems) was used by Rear Admiral Frederick L. Ashworth (May 1963) in an article entitled, Naval Weapons of the Seventies, that appeared in Naval Aviation News. [2] 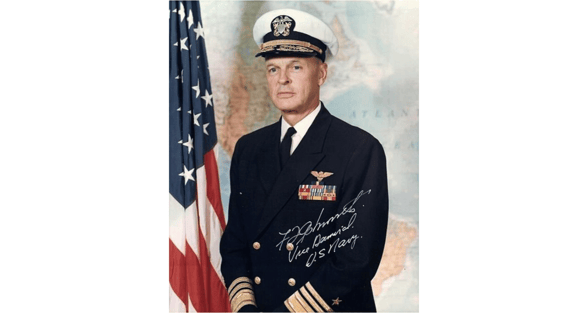 Ashworth identified 'systems thinking' as one of the "forces and ideas I see shaping the weapons of the Seventies" (The full article is here.). Ashworth's description of systems thinking is far more elaborate than a mere mention of the term as he includes it as the heading and provides some depth. 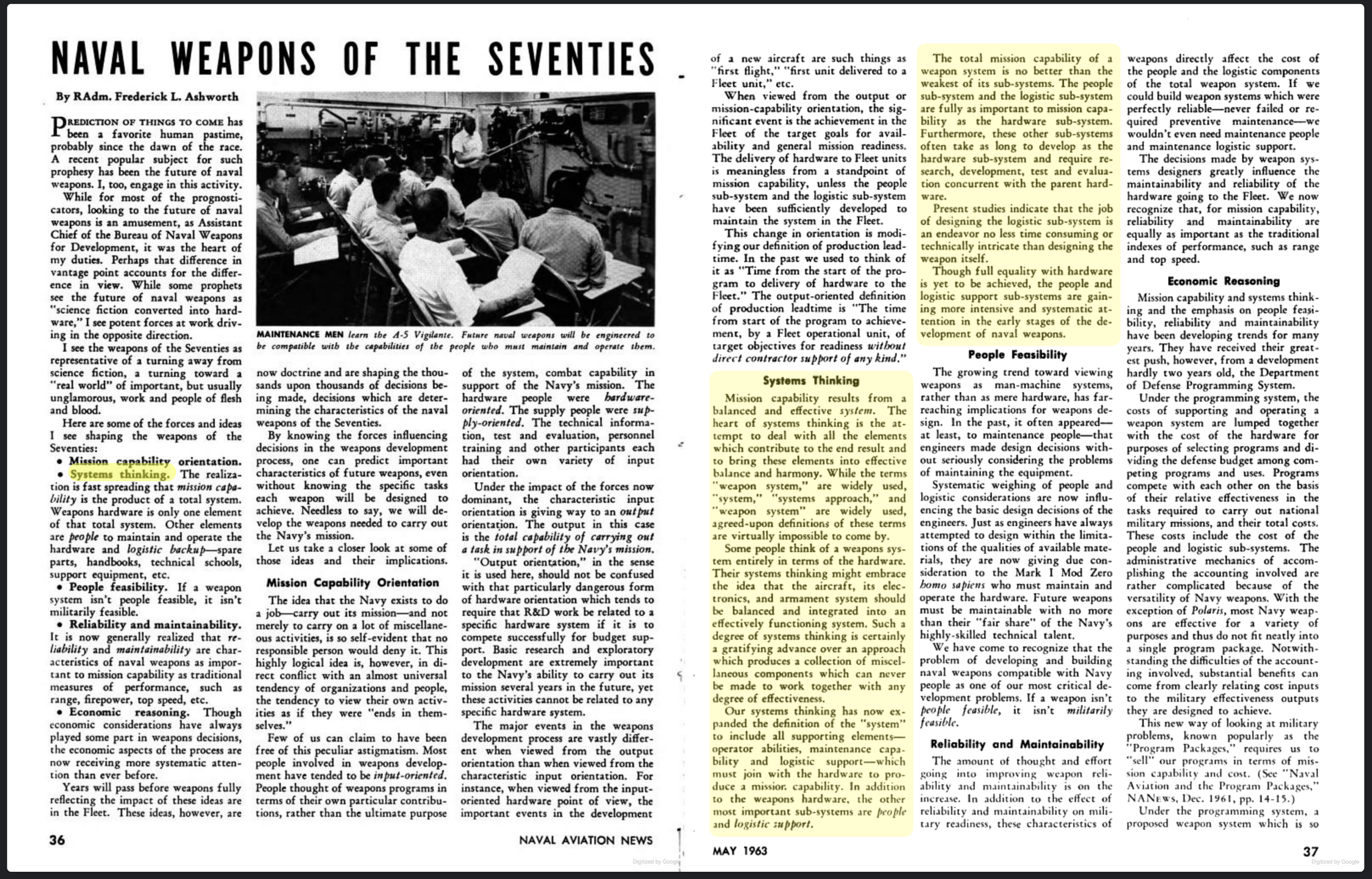 The reference to the specific term “systems thinking” occurred in a Prepared Statement of Michael Michaelis on Opportunities and Problems in Technical Innovation on December 4, 1963 at the Subcommittee of Employment and Manpower of the Committee of Labor and Public Welfare of the U.S. Senate in Washington, D.C. (page 3180) [3]. This document can be seen here.

From there, as Google n-gram illustrates the term grew in popularity starting around the early 1960s and continues to grow to this day.

Citations
[1] Cabrera D. What is Systems Thinking? Cornell University. 2005.
[2] Ashworth FL. Naval Weapons of the Seventies. Naval Aviation News. May 1963: 36–38.
[3] Michaelis M. Prepared Statement of Michael Michaelis on Opportunities and Problems in Technical Innovation. Subcommittee of Employment and Manpower of the Committee of Labor and Public Welfare of the US Senate. 4 Dec 1963: 3180–3184.
[4] Kelman, Harold. Rational and Irrational Authority A Holistic Viewpoint. American Journal of Psychoanalysis; New York Vol. 12, Iss. 1,  (Jan 1, 1952): 50.
[5] Jones, L.F.  Statement of Loren F Jones to the Hearings before the Committee on Interstate and Foreign Commerce at the House of Representatives, Eightieth Congress, in the First Session on Safety in Air Navigation. (January 1947). Page 1253.