Our Collection of Case-Studies

Here is a list of all of our cognitive case studies that can be used to see how you can apply the concepts of systems thinking to real-world wicked problems.

1. Cats, Rats, and Roofs: The Perils of Ignoring Relationships: this case explores the importance of understanding the interrelationship of parts of complex systems by discussing the true story behind the “Borneo Cat-Drop” tale. 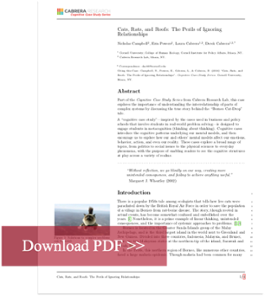 2. GasMarts, Umbilical Cords, and Eco Bridges: Deconstructing Relationships to Understand Complex Systems: this case explains how recognizing relationships and identifying their parts—called a Relationship Distinction System (RDS)—can facilitate a deeper understanding of phenomena both simple and complex. We also explore the RDS as a tool for business and scientific innovation. 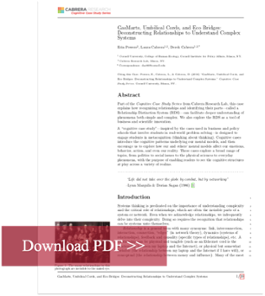 3. No Word is an Island: Distinguishing “Nerd” and“Geek”: this case explores the distinction between the terms “nerd” and “geek” in qualitative and quantitative terms. In the same way that all terminology (text) is conceptually distinguished from other similar terminology (context), an exploration of the nerd-geek distinction explicates the structure of distinction making. 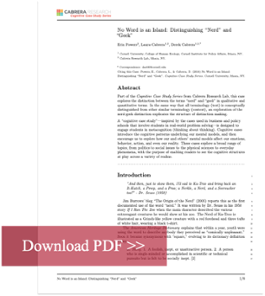 4. Regulating the Restroom: The Clash of Distinctions and Perspectives: this case explores the distinctions made and perspectives taken with respect to the growing national debate around gender identification and bathroom choice. 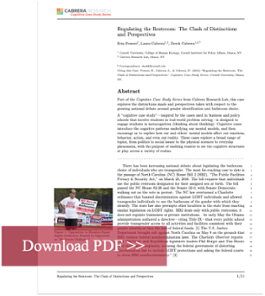 5. Splitters, Lumpers, and Framers: Seeing Perspective in Categorization: this case critically examines classificatory phenomena such as categories, taxonomies, pyramids, directories, and hierarchies. Although ubiquitous and admittedly useful for reducing the cognitive burden of dealing with large amounts of information, categories and the like must be used carefully, recognizing that they are merely part-whole groupings made from a particular perspective or perspectives. “Splitters, Lumpers, and Framers” walks through several examples of classificatory schemes gone wrong and details the negative consequences (intellectual, political, social, psychological, etc.) of their use. 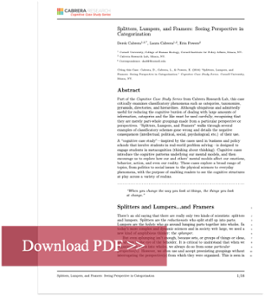 6. Words Matter: Mental Models and Mass Killings: this case explores the distinctions made, relationships and systems identified, and perspectives taken in popular and academic discourse with respect to the increase of mass killings in the United States. 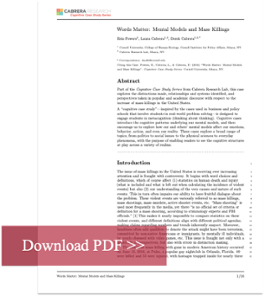 7. Reality Bias: The Mother of All Cognitive Biases: this case explores reality bias, the role of metacognition in reducing it, and the foundational role of reality bias in creating all other cognitive biases. 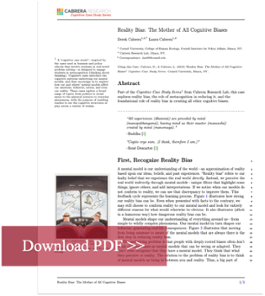