Adapted from the article originally written by Graeme Troxell

Evolutionary epistemology sees knowledge as a biological phenomenon, and thus seeks to answer classic philosophical questions regarding knowledge by appeal to evolutionary processes [1]. In other words, it holds that natural selection is essential to understanding what knowledge is, how it is formed, how reliable it is, and how it changes over time.

Evolutionary concepts come into play in two distinct ways [2]. First, evolutionary epistemology reframes classic philosophical questions regarding the reliability of our senses and cognitive processes as questions of evolutionary fitness. Since human beings are biological entities subject to (and shaped by) the same natural processes as every other creature, it stands to reason that our cognitive capacities have, in some important sense, been shaped by those natural processes. The intuition is that individuals have historically been more likely to successfully reproduce if their perceptive faculties and cognitive processes produce knowledge that better fits the real world. 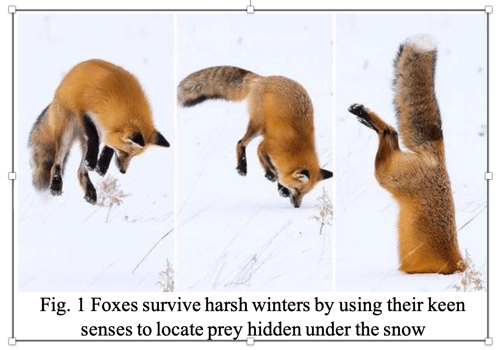 Thus, evolutionary epistemology does not a priori rule out findings from evolutionary biology or cognitive psychology but instead accepts that these studies can help address classic epistemic quandaries.

Second, evolutionary epistemology also understands the way knowledge is produced, disseminated, improved or discarded, in evolutionary terms. For instance, consider the 4th waves of systems thinking covered in class: each wave arose in order to help us intelligently cope with some group of phenomena, namely the counter-intuitive behaviors of systems. The 2nd, 3rd, and 4th waves each maintained (i.e., inherited) its predecessor’s successful traits while also augmenting them to better fit additional relevant phenomena. Alternatively, when we look at the history of science we find that the standards of what can be legitimately labeled a cause, and the standards of what can legitimately be labeled an explanation, evolve as science evolves [3]. So while Newtonian physics was initially viewed with suspicion by many at the time (because gravity is a ‘spooky’ invisible force that bodies exert on each other at a distance), it soon became dominant due to its explanatory capabilities (particularly for dropping cannonballs on people you don’t like).

It should be noted that, in viewing knowledge as a biological phenomenon, evolutionary epistemology sees knowledge as a means of coping with the world. In other words, knowledge is first and foremost practical, the result of past action and a guide for future action. Knowledge in this sense is more akin to a skill than a set of universally true propositions. This practical approach to knowledge aligns well with the concept of mental models in Systems Thinking, and likely entered the discipline during the 2nd Wave. This is also evinced by the fact that the term was coined by Donald Campbell in 1974 [4]. Nevertheless, much of the foundational work in evolutionary epistemology can be traced to the American Pragmatists of the late 19th Century and their instrumental epistemology: “Any idea upon which we can ride…; any idea that will carry us prosperously from any one part of our experience to any other part, linking things satisfactorily, working securely, saving labor; is true for just so much, true in so far forth, true instrumentally” [5].