B overall rating; simple, useable; some great features and one of the best cognitive architectures out there; Biggest downsides: No P; No RDS; UI feels like 1980's; some layout challenges 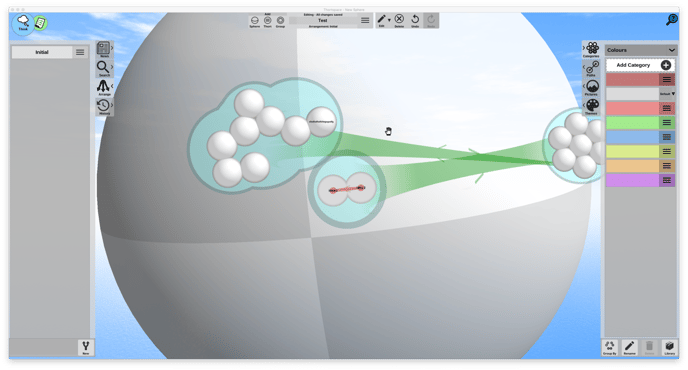 Thortspace has sooo much potential, but it falls short of it by a lot. The software itself I would give a C+ but the possibilities that it has in terms of becoming truly excellent make it a B or B+. It is ugly and feels like you're in the 1980s. But it is one of only two softwares on the market that is truly fractal! What this means is that what it lacks in features and UI design (and it lacks greatly) is not prohibited by its existing cognitive architecture. That's a pretty nerdy, scientific way of giving Thortspace a tremendous compliment. In other words, Thortspace's flaws, are not tragically structural (as are most of the flaws in other softwares), but mostly superficial. I big part of this is that Thortspace has already figured out the fractal part-whole issue (if it allowed groups within groups). Graphically, its a little clunky and the fact that "thorts" (I didn't get the name until I heard the narrater say thought! lol) have to be geographically together to be part of the same group leads to all kinds of missed opportunities for better layouts.There's no RD or RDS, but the relationships are mostly fractal also (its missing self relations and relations to relations). There's also no perspective, but there's nothing about the cognitive architecture or the UI that wouldn't support it and the "faux 3D" feel may actually enhance it. Thortspace does includes a remarkably simple UI of doing S of R (which no other software we know of does) and has also found a genius way to do part-whole grouping structurally but also across structures using a feature that is unfortunately mislabeled as "categories." Regarding the latter feature, if a thort could become a group [fractally] it would make Thortspace's Spw functionality truly fractal. The UI, as I said, has much to be improved. The relationships are simply horrendously bulky and over bearing with an ambiguous "arrow;" the icons are bulky and  dated; the trays are big and bulky and over colored; the background cloud image brings on past PTSD from Microsoft's blue screen of death era. But, at the end of the day, Thortspace finds a way, despite its quirks, to be one of the best systems mapping softwares out there.